A Historical Evening: My Wanderings in Virginia

I had the privilege  of wandering around Fredericksburg, VA this evening. It’s a rare occasion that I’m in a city long enough to explore, and rarer still that I have  car to do so. So when I do … I take advantage! 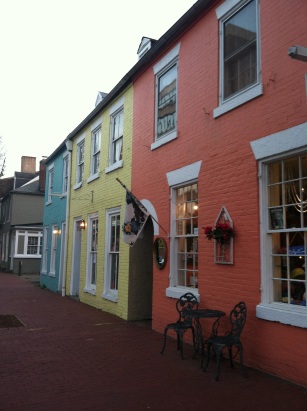 I ended up, quite unexpectedly actually, at the Vistitor’s Center for the Fredericksburg Battlefield.

Why you ask? Out of guilt.

I WAS going to skip up the interstate to a nearby suburb and grab some party supplies for my son’s three year old birthday party. (Why, you ask, would I do that shopping in VA on a business trip? Um, because I have time and a car to myself. This, my friend, is rare.)

As I drove toward exit 130B, I saw signs for “Historic Downtown Fredericksburg” and “Battlefield of Fredericksburg” indicating exit 130A. I debated. I hemmed and hawed…and you know what got me to turn off on 130A instead of 130B?

Knowing that my father in law, Tim Lindeen, would be totally bummed if I said I was THAT CLOSE, but didn’t go. And so, I followed his lead in my mind, and went. And I’m glad I did!

I’ll just share some of the photos I took below. I just have to say, it was a slightly eery experience. I think in light of the tragedy in Boston, walking these grounds where so many gave their lives so long ago, I was struck at the history in our country. We miss so much of it, living in younger states and cities. I love when my job takes me to the East coast, and I love it even more when I have a chance to explore. While we no longer have physical battlefields like this to commemorate the epic fighting we engage in, we are still at war. Battles are fought often, and fought hard. And I’m proud to be a part of a country that is willing to fight the hard battles; to band together in the face of adversity and defend our way of life, and our people. I do believe this is the first battlefield I’ve been to, and I must say, I wish I’d had more time to explore. Enjoy the pictures; I enjoyed discovering them.

The Sunken Road: Lee earned his most one-sided military victory along this road. The fighting along this road “left a legacy of steadfast bravery, tragic irony and human compassion” (Walking Tour text) 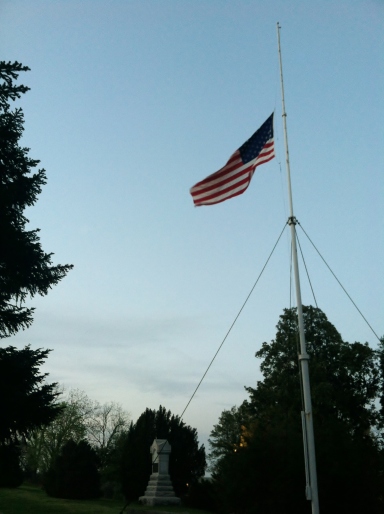 The Clash of Then & Now: Modern USA in mourning amidst 1,000s of unknown soldiers

I am Kristin. I am Erik's wife. I am Joshua, Rebecca, and Andrew's mom. I am known nationally as the "QBQ! Daughter" and keynote on Personal Accountability and the QBQ. I am certified in Myers Briggs and am passionate about helping people understand themselves and others better. I am John and Karen's daughter. I am sister to many, mentor to some, friend to others. Most defining, I am Christ's daughter, adopted by God--rescued and saved by grace. And almost every single day, I need to be reminded of that truth. Come say "hi" at www.QBQ.com and of course, browse the blog! I'd love to hear from you, so comment away!
View all posts by kristinlindeen →
This entry was posted in On Randomly Being Me, On Traveling and tagged Boston, traveling, Virginia. Bookmark the permalink.

I'd love to hear from you! Cancel reply